A huge reason why people work out and are physically active is to stay healthy and steer clear of the bodily ills that plague their more sedentary counterparts. But not all fitness routines are created equal; some of those tried and true exercises may be inching you closer to pain, injury and the sidelines. Here are four common exercises you thought might be good for you, but that could be having the opposite effect. 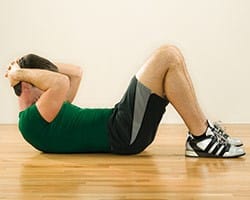 The Problem: The traditional sit up (above) is one of the most widely-known exercises on Earth. We’ve been told countless times that if you want to strengthen your core and work your abs, sit ups are the way to go. But not so fast. The traditional sit up puts far too much stress on your lower back and spine. This unusual level of force can create disc bulge and a herniated disc in your back among other back injuries that can be sustained by frequent sit ups.

The Alternative: There are a variety of other exercises that work your abdominals without the added back pain. Two great alternatives are the front plank and straight leg raises. When maintaining proper form, these two exercises strengthen the core and don’t put nearly as much strain on the back as the traditional sit up 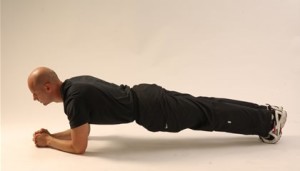 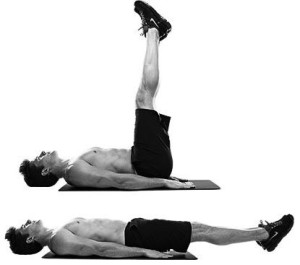 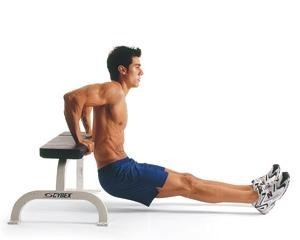 The Problem: Bench dips (above) are a popular exercise to strengthen the triceps and for good reason. Not only does it work the desired muscle, but it can be done at home, the gym, the park or just about anywhere else you can find a bench-like surface. However, the bench dip has got to go. This exercise puts the shoulders in an internal rotation which is a very undesirable position to bare load. Because of this, injuries to the deltoid, rotator cuff muscles and bursae are much more likely and shoulder pain can either start or be exacerbated.

The Alternative: We see your do-anywhere-any-time tricep exercise and raise you a safer one; the push-up. Push-ups work much of the same muscle group (with some chest strength thrown in) while being a lot more shoulder friendly. Rope tricep pressdowns are another great way to strengthen your arms and forgo the shoulder pain and possible injuries. 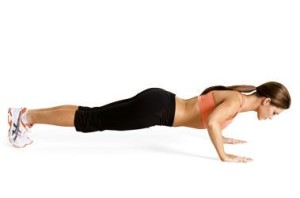 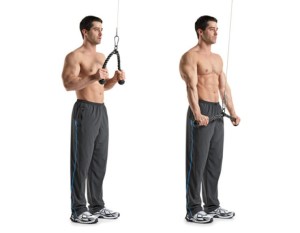 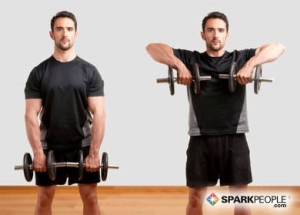 The Problem: The upright row (above) is common among gym-goers and athletes who want to work out their shoulders and upper back area, but it can end up having a detrimental effect that turns into a nagging injury. Upright rows can cause the upper arm bone to bang up against the AC joint, which can compress the nerves in the shoulder area and damage the cartilage in the AC joint, leading to arthritis and years of pain.

The Alternative: The standing dumbbell fly (below) is the upright row’s less painful cousin. It works the shoulders and upper back without jostling all the important bones, muscles, tendons and joints and throwing them out of whack. Best of all, if you are already used to using dumbbells to strengthen your shoulders, you won’t have to travel to another machine or area of the gym! 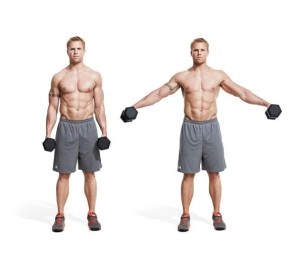 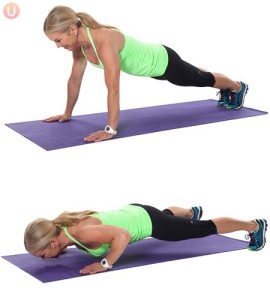 The Problem: Plyometrics are all the rage in fitness circles, including the old reliable push-up jack. There’s a good reason for this favouritism; the push-up jack combines strength, cardio and power training to work the legs, shoulders and arms. However, anything less than perfect form can have a devastating impact on the back, hips, legs and knees. Messing up the alignment of one of these body parts can have a domino effect and topple all the good work you’re doing elsewhere in your exercise routine and active lifestyle.

The Alternative: It might sound like a cartoon character right out of a Dr. Seuss book, but murpees (modified burpees) are the way to go if you want to integrate the principles of plyometrics into your workout while reducing your chance of injury. A modified burpee slows every movement down and forces you to concentrate on strength, balance and endurance instead of fast, explosive movements that you more likely to get into the bad habit of bad form.

The coronavirus pandemic has forced many of us to adapt by making changes to our daily routine. The need to socially distance has meant that those of us who regularly exercise at a gym will have to make other arrangements in order to stay fit. Working out at home has become a normal part of…

Spring marks the last few weeks of the hockey season, but for many, hockey will remain on the brain all through the warmer months. Hockey players of all ages will no doubt be looking forward to the fall when they can tie up a pair of skates and rejoin their teammates on the ice once…

The onset of the coronavirus pandemic has forced many of us to work from home until it is safe to return to our regular work places. It has also forced most of us to curtail our regular sporting or exercise routines as part of the “social distancing” that health experts are advising us to follow….

“Why am I injured all the time?” That’s the constant lament from millions of physically active adults who just can’t seem to get back to full health. It doesn’t matter if you’re a professional athlete, an avid runner training for another marathon or simply someone who likes to play a weekly pickup game with your…

Going out for a hike is the perfect way to be active, get fit, spend time with family or friends and explore what Mother Nature has to offer in your area. A solitary hike can also be a welcome break from the monotony of  home based exercise program in response to the coronavirus pandemic. However,…

Any active or serious athlete will have heard about proprioception and how important it is to injury avoidance and to maintaining a high performance level as an athlete. Proprioception (also known as kinesthia) refers to our innate ability to sense the movement and position of our bodies. It is actually a function of cells (neurons)…

Join Waitlist We will inform you when the product arrives in stock. Please leave your valid email address below.
[]